Articles and resources relating to the AVIDA system.

AVIDA: A system of digital evolution 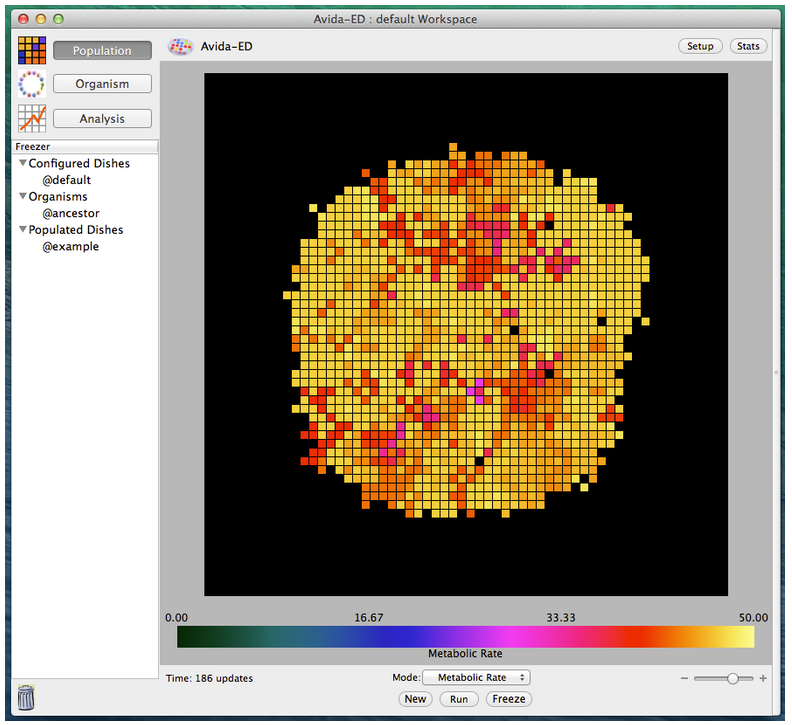 Models, simulations, instantiations, and evidence: the case of digital evolution

What is the difference between a simulation of X and simply another instance of X? Is there a point at which the “virtual reality” of a model becomes the real thing? This paper examines these questions using cases taken from recent developments in evolutionary engineering and artificial life research. By implementing the Darwinian mechanism and setting it to work on a design problem, scientists and engineers find that evolution not only can improve prior designs, but also produce novel technological solutions. Artificial life systems Tierra and Avida which operate at a higher level of abstraction than evolutionary engineering applications. I analyze simulation as a rational concept “S simulates R” and argue that it always includes some relevant property P, of R, that is captured but that there is always also some other that it omits, and that pragmatic factors fix what counts as relevant. The border between a simulation and an instance or R can change depending upon the context. I show that in one sense, evo-technology and artificial life simulate organic evolution, but in another relevant sense they are instances of evolution itself. Biologists can use such systems to experimentally test evolutionary hypotheses such as those involving the evolution of complex features and altruism. This analysis suggests lines for future research on broader questions about models classification and confirmation.

Links to published investigations on Avida and related topics.